A downloadable game for Windows, macOS, and Linux

This was my first time using Godot so there are some export issues I’ll need time to figure out during the week (icon, web build etc.) but hopefully the native builds work. Unfortunately meant I lost some time to figuring stuff out so there isn’t that much content.

Gamepad may or may not work (code written for it but wasn’t able to test it):

* (shoulder button would probably be better so you don’t have to let go of the right stick; might fix)

Thanks for playing and making the video! 😊 Helps to see what people get stuck on etc.

Great work! I very much like how you kept the text "immersive" while still making it very clear what needed to be done gameplay-wise. Cool to see you trying out Godot, too! I appreciate you and your creations, and I hope that cup of coffee helped 💜

I ran into a couple technical issues, but I was able to work around them:

The first was an OS pop-up saying the app "is damaged and can't be opened." I fixed it with a "xattr -cr" terminal command though. FWIW I'm on Monterey 12.3.1 with the Apple M1 chip.

The second was that my cursor appeared at some point, and it wasn't constrained within the game window. I don't think I pressed any unusual key combos to make that happen?

Thanks for playing! Sorry for taking so long to reply  😶 Appreciate the appreciation 💜 Glad the game worked, wish I'd had time to add more levels to have it make a bit more sense.

I've seen people mention that xattr thing since last LD, forgot about that. I wonder if it helps if I do it before packaging the file, or if it needs to be done locally every time anyway. I actually have an M2 (with Monterey) from work as of recently in addition to the Intel one I made and exported the game on, so I could test it out. Thanks for telling me!

Cursor lock can be toggled with space—maybe you accidentally hit it? 😅

Hah, it's very likely I did hit space. I tend to accidentally hit random buttons when in-game tensions are high 😅 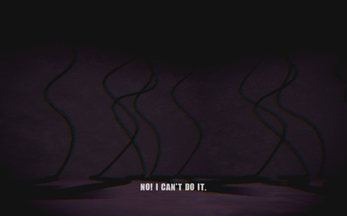 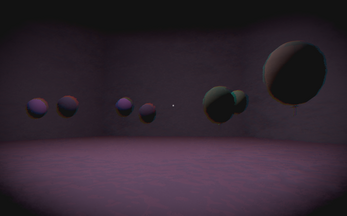