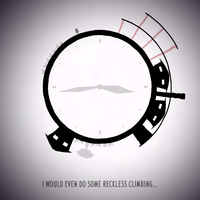 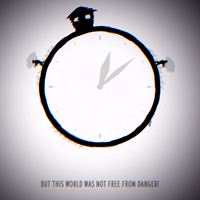 A short story about a lifetime. 🕖 Arrow keys to play.

Wow, what a neat little game! There's a lot more going on in here than it initially seems, and it's super well put together.

The mechanics are simple and sparse enough to be easily remembered and played; and you present them in an easy-to-learn way while tying it into the narrative in fun ways (which also makes it easier to learn).

The writing leaves me curious to see what's next after each prompt, and the small puzzles have just the right amount of resistance to make me think a little.

The climbing seemed broken for me because I had to keep jumping while holding left/right to get it to work, but I tried again just now and it was working perfectly fine?? I could've just goofed it initially 🤷‍♂️ This is on the web version btw.

Thank you!  💜 I had trouble climbing one time too but then it never happened again, so maybe there's an annoying inconsistent bug in there.  I'm glad you liked it! I wasn't super happy with all the compromises I had to make to finish on time, but I've gotten some nice comments so that made me feel good about it again anyway. 🤩